All posts for Donald Trump 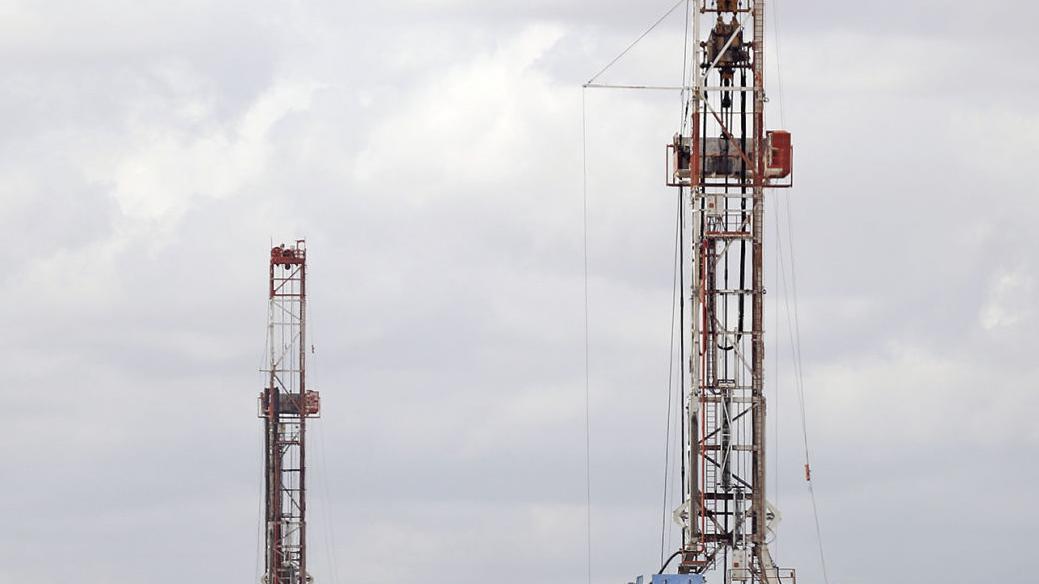 (Photo: Augusta Liddic/The Daily Times)AZTEC — Two tweets sent by President Donald Trump on the morning of April 2 spurred optimism for an oil industry hit hard by a flood of oil from Saudi Arabia and Russia, driving down the price. (Photo: Twitter screengrab)Fine said Russia, which has been frus ...

With Russia and Saudi Arabia now locked in battle over which country can sustain their economies the longest as prices plummet, the Permian Basin in West Texas and southeast New Mexico is caught directly in the crossfire. In fact, in good part, the price war appears directly aimed at slowing prod ...

Last in a five-part series: Behind the BoomThe shale-oil tsunami that has flooded New Mexico with a wave of petro dollars in recent years may be receding somewhat as U.S. production faces its first significant decline since the gushers began nearly eight years ago. Signs of trouble are showing up ...

Increasing Natural Gas Trade Between the U.S and Mexico

U.S. companies began exporting natural gas to Mexico via pipeline in 1988, and exports have increased significantly as the shale revolution in the U.S. produced affordable, abundant natural gas for consumers in the U.S., Mexico, and around the world.REF Liquefied natural gas (LNG)—which is transpo ...

With the OPEC-Russia meeting ahead, the price of oil is at a crossroad.  President Trump wants lower prices for gasoline at the pump and the Democratic Party wants a shortage to lift prices higher. This is the 2020 presidential election, to re-elect Trump or a create a Democratic left-center White ...

Some 30,000 children marched in Belgium weeks ago against Climate Change. It is only a matter of two years before a few members of Congress, alone with only cameras today, will march at the head of crowds of 500,000 down Pennsylvania Avenue. It will have its colors; green  — and yellow for the Frenc ...

Analysis: Things are flat in the Permian, and there's a push for renewables in Santa Fe by Dr. Daniel Fine

The Permian-Delaware Basin rig count should start falling as oil operators, large and small, are flat for 2019. Spending has been sharply reduced as supply now dominates the A.I. (Artificial Intelligence) used by many commodity traders in oil.    The large or integrated oil companies have all the ...

News of the size of oil reserves in the Delaware Basin (New Mexico's share of the Permian) while OPEC was deciding how many barrels it will cut from the world market to lift prices caused epic confusion – and revelations of how little “authorities” and the media understand petroleum economics. The ...

Analysis: Trump and Saudi Collision on Oil, and Bingaman’s Return to Santa Fe

In an earlier column, readers overseas benefited from this writer's forecast that crude oil prices would fall dramatically because most commodity traders got it wrong. Simply, this column's analysis was the buying of oil assumed a shortage would result once the sanctions against Iran would be activ ...

Unlike 1973, and its oil embargo against the United States, there is no supply threat from the Middle East. Consequently, only a demand unknown moves the price of crude oil. Permian/Delaware has displaced the Middle East as a source and even Mexico imports U.S. production.  This has caused euphori ...