All posts for Kenya

Opinion: The Energy to Make it Work | Petroleum Africa 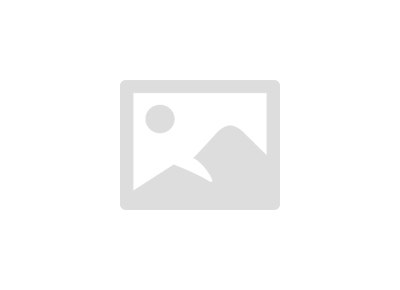 BY: Guillaume Doane, CEO and Co-Founder of Africa Oil & PowerTHE AOP 2019 Conference in Cape Town in October will bring together African policymakers, energy sector companies leaders and analysts. In 2015, we launched Africa Oil & Power as a platform to support the efforts of African governments ...

Building a prosperous and free Somalia through the Rule of Law

Opinion article by His Excellency Abdirashid Mohamed Ahmed, The Minister of Petroleum & Mineral Resources of The Federal Republic of Somalia As Dwight D. Eisenhower said: “The clearest way to show what the rule of law means to us in everyday life is to recall what has happened when there is no r ...

Kenya to #MakeEnergyWork as it launches Africa’s largest wind farm

Kenya has launched Africa's largest wind farm project in a bid to boost the country's power generation capacity and reach its goal of 100 percent renewable energy generation by 2030. “The successful implementation of Lake Turkana Wind Power demonstrates Kenya's outstanding credentials as an inves ...

The issues surrounding Africa's electricity shortages are multifaceted and include decades of neglect in building up country-wide infrastructure, a lack of international investment, poor regulatory frameworks and the difficulty surrounding bankability of power projects. To best understand Kenya's ...

As Makhtar Diop, Vice President for the World Bank's Africa region said in the report Linking Up, which specifically calls for private sector investment in Africa's power sector, “If we do not address the underlying reasons preventing Africans from achieving wider access to reliable and affordable ...

AlMansoori Specialized Engineering, the leader in oilfield services in the Middle East, has successfully contributed to the Early Oil Pilot Scheme (EOPS) launch leading to Kenya's first oil production and export programme by providing facilities for the landmark project. The $15 million contract w ...

Wood has been awarded the initial  phase of a front-end engineering design contract (FEED) by Tullow Kenya BV for the  design of the proposed  Lokichar to Lamu Crude  Oil Pipeline project located in Kenya. The proposed pipeline will be used to export waxy crude oil from oil field  developments in ...

South Sudan Oil & Power 2017 is the first dedicated energy and infrastructure event in the nation's history. On October 11-12, 2017, industry experts, government officials from the Transitional Government of National Unity and leaders from the private sector will gather in Juba to tackle energy and ...

The Republic of South Sudan is to host the first dedicated energy and infrastructure event in the nation's history. Organized by Africa Oil & Power and fully commissioned and endorsed by the Transitional Government of National Unity, South Sudan Oil & Power 2017 will take place October 11-12 at Free ...

The discovery of oil in the Kenyan side of Lake Turkana in 2012 by Tullow Oil dramatically shifted the area's oil and gas profile. The most northern of the great lakes of the East African Rift System (EARS), Lake Turkana is today dominated by one oil and gas company, Tullow Oil. Tullow Oil, in p ...

Vast, underexplored, and now known to be full of petroleum resources, the East African Rift System is one of the most exciting areas for onshore oil and gas investment in the world. In all, the Great Rift Valley represents perhaps the most interesting underexplored region for oil and gas in Afric ...

Last week South Sudan's finance minister revealed the government's objective to more than double oil production in 2017/2018. Emerging from its turbulent past, South Sudan may re-establish itself as a major African producer and East Africa's most prolific onshore play. Though oil was discovered in ...

Tullow Oil plc (Tullow) is pleased to announce that the Erut-1 well in Block 13T, Northern Kenya, has discovered a gross oil interval of 55 metres with 25 metres of net oil pay at a depth of 700 metres. The overall oil column for the field is considered to be 100 to 125 metres.   The objective ...