Hat-trick in NCS with TechnipFMC

MDL has returned to the Norwegian North Sea for the third year running to support TechnipFMC tie-back campaign in the basin.

MDL's horizontal spread, including a 4-track tensioner mounted on the client's frame, Third-generation Reel Drive System (RDS) and deck deflectors were used for the installation of flowlines in a producing field in the Norwegian Continental Shelf (NCS).

The deck layout was a replica of the 2018 spread, which enabled 4 product reels to be mobilised on the vessel and installed on a single journey. This arrangement was possible thanks to the narrow footprint of the MDL RDS and the company's integrated Track and Cradle system.

The compact design and MDL's prior support in deck planning allowed for a more efficient execution of the pipelay campaign, by reducing the number of port calls required to pick up the product and drop off empty reels.

“Returning to the same field with the same client three years in a row is a clear testament to the successful relationship between TechnipFMC and MDL in executing North Sea SURF scopes.

“The partnership approach between the two companies allows for improvements in safety, quality and cost of subsea operations, thanks to the familiarity of both project teams with the equipment, deck plans and one another – onshore and offshore.

“We look forward to supporting TechnipFMC on further projects on both sides of the North Sea, and elsewhere in the world.” 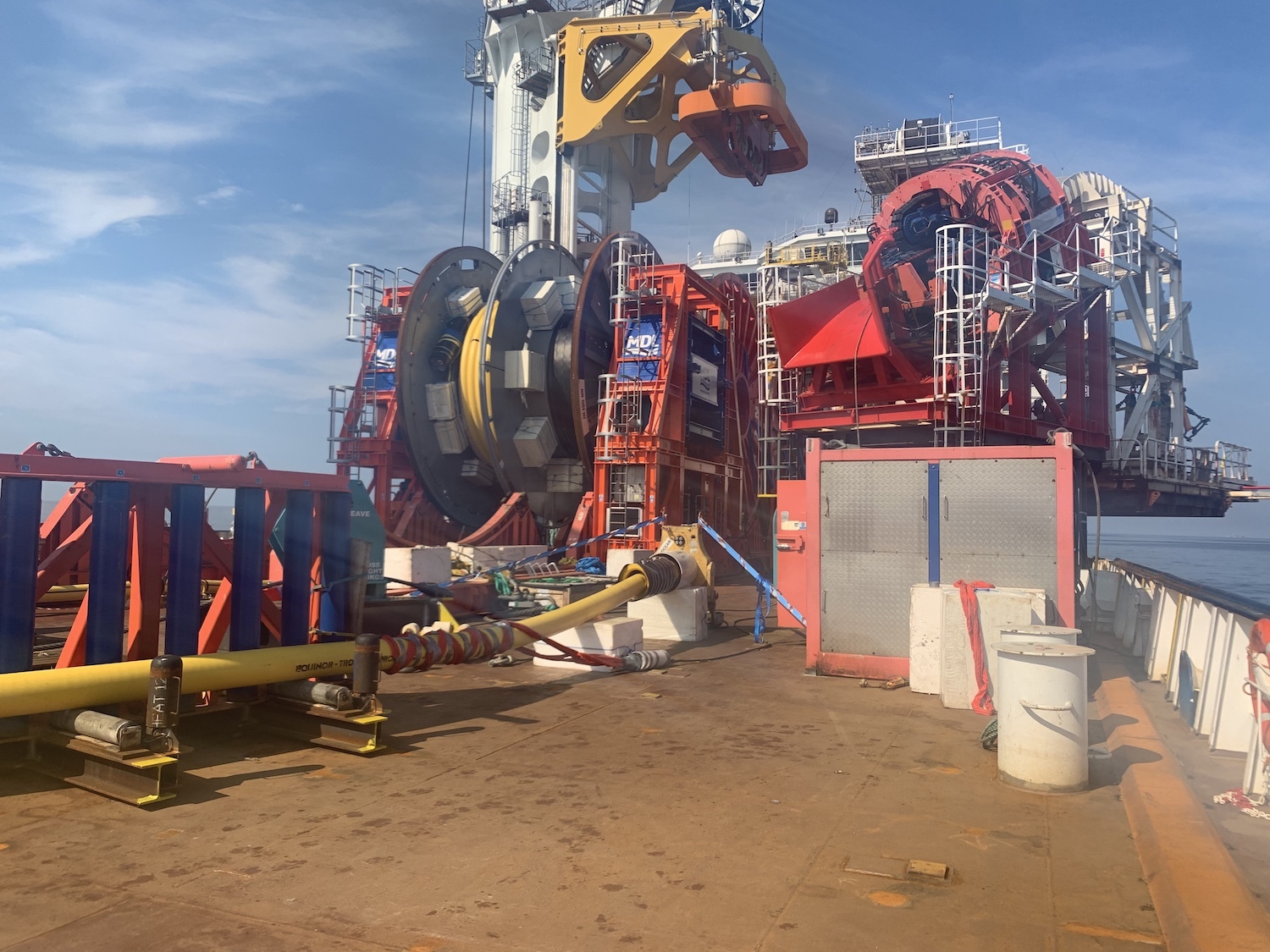 Maritime Developments has completed a flexible installation project in the North Sea with i-Tech 7, Subsea 7's Life of Field business unit – marking a return to the field two years after the original award. The work scope – part of i-Tech 7's inspection, repair and maintenance (IRM) campaign We ...

Maritime Developments has completed two different work scopes for Rever Offshore and is en-route to the third project in the campaign. The completed missions, started in April, included installation and decommissioning of products in two North Sea fields, using a horizontal spread solution on bo ...

Maritime Developments has concluded a flexible installation project offshore West Africa. The work scope, commissioned by DeepOcean, saw the company's third-generation Reel Drive System (RDS) used on board the Polar Onyx for installation of a 2.5km flowline in the EN-09 field. The flowline was in ...

Maritime Developments has secured a flexible installation project offshore Ghana. The work scope covers an installation of a flowline using MDL Third-generation Reel Drive System, operated by the expert MDL Offshore Service team. The equipment was loaded out in components from MDL's Peterhead, ...

Maritime Developments (MDL) has proven the complete portability of its flex-lay equipment design with a successfully completed project in West Africa. The newest and largest pipelay tensioner in the company's rental fleet, the MDL TTS-4/375 Series Tensioner, rated for safe working load of 150-tonne ...