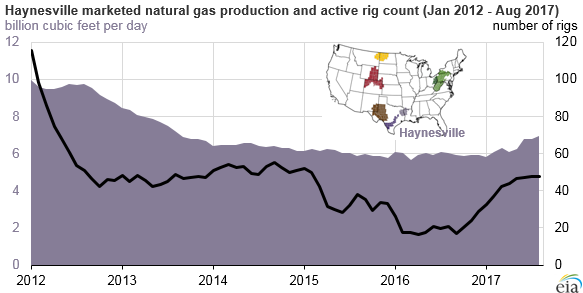 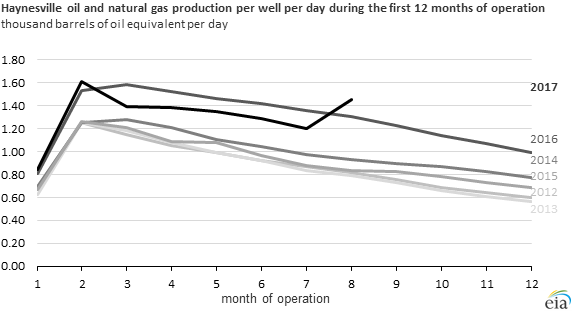 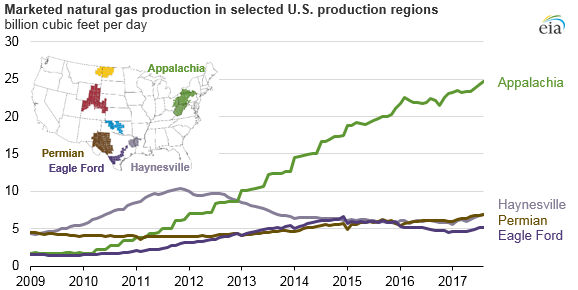 Per-well production from new wells in the Haynesville region has also increased since 2013. Drilling operators in the region have increased the lateral length of horizontal wells beyond 7,000 feet, added more fracturing stages, and significantly increased the quantity of proppant used in completion activities.