In 2020 Europe plans the transition to eco-friendly fuels for the transport and industry. For the petrochemical and refining segment it is a loss of the part of the market and at the same time, it is a step out of the comfort zone to rebuild the business strategy.

With the increasing greenhouse effect, all the industries — and the Downstream segment in particular — are concerned about CO2 emissions and transition to low carbon future. According to http://epa.gov, in 2015 CO2 accounts for about 76% of total manmade greenhouse gas emissions in the world.

For the transportation industry, carbon dioxide emissions reduction is particularly acute, since transport is traditionally fuelled with gasoline and diesel. Their combustion releases 2.31 and 2.68 kg of CO2 per liter respectively. What steps do oil and gas companies take in this direction? They start to invest in the production of clean fuels and “green” technical solutions. Being a part of the energy industry I face the trends that influence it and will define its future. In this article, I want to highlight and compare two main solutions: transition to biofuels and transition to electric vehicles.

Biofuels subdivide into the first and second generation. First generation biofuels are produced on the basis of sugar, starch or vegetable oil: abundant production of such biofuel can affect food supply. This type includes butanol, produced on the basis of starch from corn, potatoes, oats and fruits. Combustion of one litre of such biofuel produces 2.37 kg of carbon dioxide. Second-generation biofuels are considered to be “greener” as they are produced from more sustainable feedstock: agricultural waste and non-food crops. I wouldn't really call these fuels “green” as they produce comparatively the same amount of carbon dioxide, but I cannot deny the advantages of such solution: sustainability of the feedstock and reduced emissions during production.

The fashion for the electric cars — especially with the latest Tesla innovations — is spreading, we do not amaze anymore seeing them on the streets. Electricity is generally a more environmentally friendly energy source than gasoline in the context of the renewables developing. Despite this, production of the mid-size electrical vehicle (EV) emits 15% more carbon dioxide than a production of a similar gasoline car. For a larger EV, this number rises to 68%. Most electric vehicles are powered by lithium-ion batteries, which also produces large amounts of CO2 during manufacturing. But things are not so bad as it may seem from the first sight: it takes from six to eighteen months for EV to compensate emissions from production, and from this moment it can be considered more environmentally friendly than a gasoline car. Again, this is possible only if the cars are powered with clean energy.

What is the solution?

Biofuels combustion releases as much CO2 as gasoline or diesel, so they can hardly be called environmentally friendly. But they are “greener” than fossil fuels as they use more sustainable feedstock. EVs can be a solution to the CO2 emissions problem, but only if the batteries are charged with renewable energy. Now, electricity for EVs is produced by the same diesel, gasoline and coal, which does not help to reduce the number of emissions in general. There is an advantage for end users anyway: electricity's stable price makes it a cheaper fuel.

There's no solution that would eliminate CO2 emissions completely yet. Now we can rely more on EVs and renewable energy development: it will reduce the carbon dioxide emissions from the transportation industry and in far future also provide electricity for other industries as well. But what can oil and gas companies do at this turning point?

Now the future of the industry depends on the actions of the leading O&G corporations. Some oil and gas companies move to EV development: British Petroleum announced investment in a Chinese company, PowerShare, which is developing an online platform for electric vehicle drivers, charging operators and electricity providers. Eni S.p.A. chooses another way: in 2014 the company converted its Venice refinery into biorefinery with a capacity of 360,000 tons of vegetable oil per year. Eni's second biorefinery is also nearing to completion: its capacity will comprise 750,000 tons per year of vegetable oil production and 600,000 tons of green-diesel production. They are also aimed at spreading this concept: this year Eni's representatives will attend Petrochemical and Refining Congress PRC Europe 2019 to take part in a speaker-session dedicated to low carbon future to share their experience.

It is still unclear when the industry will complete the transition to the low carbon future but it's obvious that it is the right moment to invest in these technologies.

Executive Conversation with AspenTech and Wood: Optimizing Operations in Any Market Condition

Please join Antonio Pietri, President and CEO of Aspen Technology, and Darren Martin, Chief Technology Officer, Wood, for our upcoming Virtual Executive Conversation on December 3, 2020. Learn how you can put the pieces in place to create the Self-Optimizing Plant and achieve operational excellenc ...

4 Challenges That May Slow Down Company Automation and Digitalization

The Oil and Gas industry has had a large automation and digitalization boost during the last decade. However, companies need to bear in mind the industry specifics and internal factors while planning to implement these technologies. Here are some of the main challenges to consider in your transfo ... BGS Group invited leaders from Bapco and Aspen Technology to sort out these questions, discuss and disclose the technological and psychological aspects. On the 12th of November, Gaetano De Santis (General Manager Maintenance Division at Bapco) and Antonio Pietri (President and Chief Executive Off ...

In 2015 nearly 200 signatory nations' representatives submitted their aim to cut the world's greenhouse gas emissions by 2030 with the Paris Agreement. LNG is seen as one of the most effective solutions to this problem that can reduce carbon dioxide emissions, improve air quality, and public healt ...

What is the most important while working with data? | AUTOMA 2020 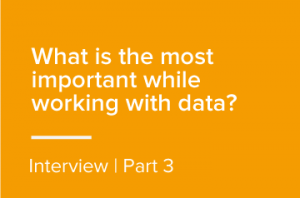 BGS Group interviewed 4 industry leaders who have joined OG Automation and Digitalization Congress (AUTOMA 2021). Antonio Schiavone AWP Group Leader Tecnimont "The most important aspect is that the data is univocal in all the business processes and systems that are used. Marc Veuve ...