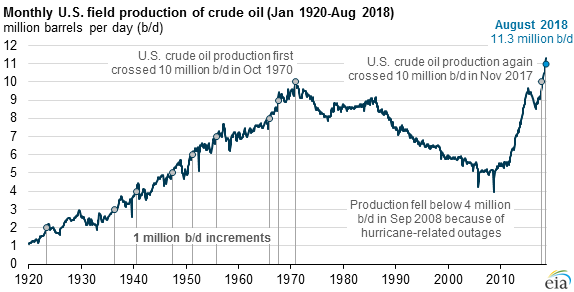 The growth in Texas and New Mexico since the start of 2018 surpassed EIA's previous expectations, which assumed that pipeline capacity constraints in the Permian region would dampen production growth in response to the increased differential between the West Texas Intermediate (WTI) crude oil price at Cushing, Oklahoma, and the WTI price at Midland, Texas. In August 2018, this differential had grown to more than $16 per barrel (b), up from $0.43/b in January. However, industry efficiencies in pipeline utilization and increased trucking and rail transport in the region have allowed crude oil production to continue to grow at a higher rate than EIA expected. 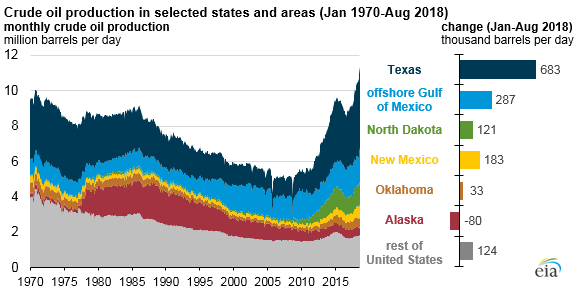 From May through August, production in the Gulf of Mexico grew by an average of 130,000 b/d every month, a significant increase from the growth rate in the first four months of the year. This increase was primarily the result of a number of fields returning to full production after several months of maintenance and other infrastructure issues that arose from Hurricanes Harvey and Nate in 2017.