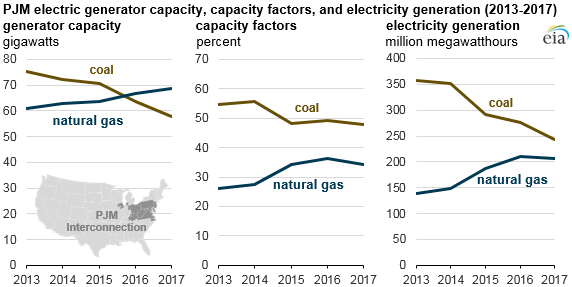 The monthly average cost of Central Appalachian coal in the PJM region averaged $2.76 per million British thermal unit (MMBtu) in 2013 and has only slightly increased since then, most recently averaging 3.30/MMBtu in 2017. In contrast, the monthly average price of natural gas at the Texas Eastern Transmission Market Zone 3 (TETCO M-3) hub, which generally reflects natural gas prices in Pennsylvania, New Jersey, and New York, fell below the price of coal on a dollar-per-MMBtu basis in mid-2014 and, with the exception of winter price spikes, has remained lower than the price of coal since then. 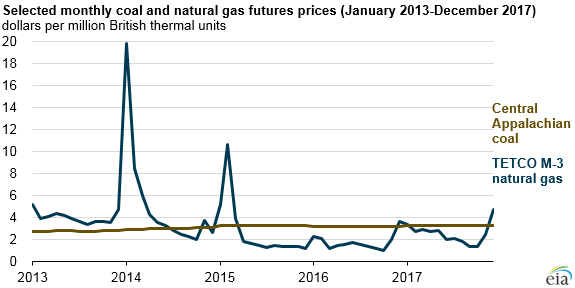 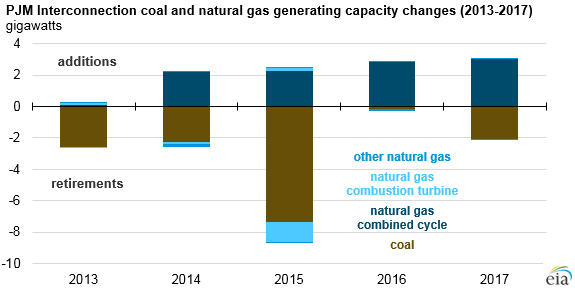