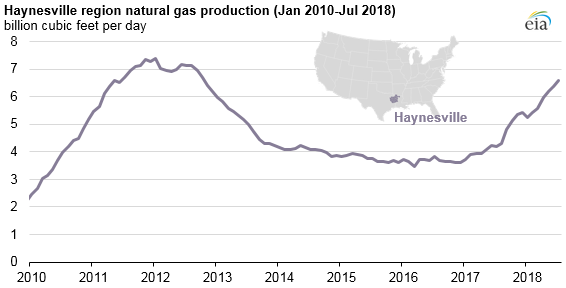 The higher relative cost to produce natural gas from the Haynesville region played a large role in the production decrease experienced from 2013 to 2016. Natural gas production costs are dependent on many factors, including the cost of drilling wells. The Haynesville formation lies at depths of 10,500 feet to 13,500 feet, much deeper than the Marcellus, which is 4,000 to 8,500 feet deep. Because the deeper well depth makes drilling costs in the Haynesville shale generally more expensive than in the Marcellus and other shale plays, its production is more dependent on the price of natural gas. 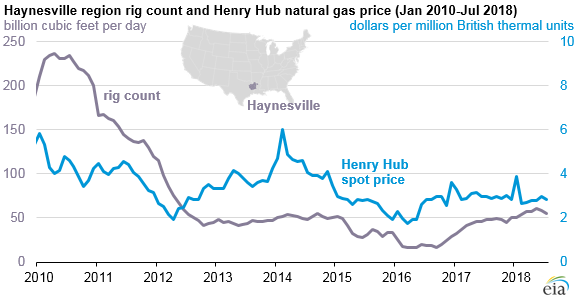 The initial productivity rate in the Haynesville region, calculated as the initial three-month cumulative production per well, has nearly doubled from 2010 to 2017, increasing from 589 million cubic feet (MMcf) per well to 1,176 MMcf/well. Productivity gains are expected to continue as producers optimize natural gas recovery from the Haynesville formation.