Bill Newman, vice president of international and domestic oil and gas research with Mackie Research Capital, discusses two companies that are Mackie top picks that have recently announced updates that he believes could unlock substantial additional upside for investors. 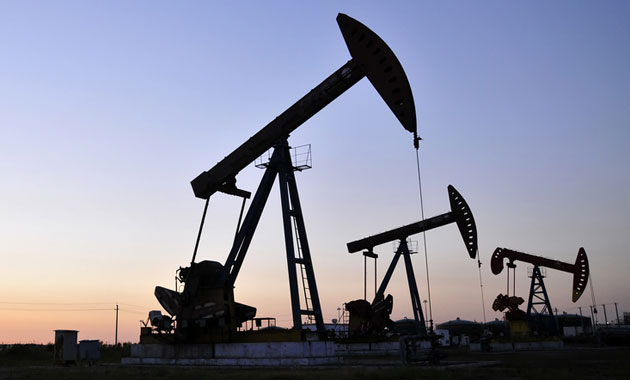 In April 2018, Mackie Research Capital featured an article on Streetwise Reports that commented on the disconnect between the strong recovery in the price of oil and lack of response by most energy stocks. With valuations near unprecedented lows, Mackie highlighted oil and gas stocks that are fundamentally undervalued and well positioned for when valuations revert to the norm. Two of Mackie top picks that have multi-bagger return potential from the current levels have recently announced exciting updates that could unlock substantial additional upside for investors.

On July 30, 2018, Prairie Provident Resources Inc. (PPR:TSX) announced a very positive drilling update at its Princess core area, with two new wells each producing at ~900 boe/d and a third exploration well testing ~770 boe/d. These are boomer wells which are on track for three-month payouts making them of some of the best performing non-resource oil producing wells in Alberta. In addition, PPR has a potential significant cash windfall coming from a Quebec settlement that positions the stock for a rerate.

Point Loma Resources Ltd. (PLX:TSX) announced on July 25, 2018,two exciting new Banff oil pool opportunities, captured on company lands, that are on trend with other significant Banff oil pools that hold an average of 62 million barrels (mmbbls)of original oil in place (OOIP). PLX expects to drill a horizontal well targeting its Banff opportunities in Q4/18 that could be a game-changer for the company while also having a sizeable stake in the Duvernay Shale oil play that continues to evolve in PLX's area of operations.

Both PPR and PLX have a large inventory of low cost Mannville drilling locations that form the bases for years of low risk steady growth production, and both companies have upcoming near-term events that could be transformational and game-changers for the stocks.

PPR is focused on the development of its conventional oil weighted assets in the Wheatland and Princess properties in Southern Alberta and its Evi area located in the Peace River Arch area of Northern Alberta. PPR also holds ~240,000 net acres in the St. Lawrence Lowland of Quebec that are prospective for the Utica Shale. The company remains highly undervalued on a cash flow, reserves and NAV basis and receives no option value for its Quebec assets. In addition, with the recent drilling success at its Princess core area, production has increased to over 6,000 bbl/d (~75% liquids).

Three Boomer wells at Princess: Year to date, PPR has drilled a total of five wells in the Princess area, all successful. The three most recently drilled wells are boomers, which are on track for three-month payouts. The 100/13-24-20-11W4 well ("13-24") continues to exceed expectations with an average rate 940 boe/d (75% liquids) in July. The 13-24 well is one of best performing non-resource oil producing wells in Alberta. The 102/13-26-20-11W4 follow-up well was recently placed on production at a constrained rate of 900 boe/d (85% liquids) and we expect this too will be one of the best non-resource oil wells in Alberta. PPR also drilled the 103/14-12-019-11W4 exploration well targeting a new Glauconite channel, which flow tested at an initial rate of 770 boe/d (56% liquids) and was very recently placed on production. PPR has multiple follow up locations to drill, which could build production prior to year-end.

Potential Cash Windfall from Quebec Settlement Could Rerate the Stock: PPR is seeking damages of US$188.9 million related to the termination of the rights to one of the company's licences in Quebec. The final hearing concluded in November 2017 and a ruling in the dispute and potential damages could be announced in H2/18. Over a five-year period PPR committed a significant amount of time and capital to securing the exploration licences, acquiring and interpreting seismic and drilling wells. We feel damages of between US$25 million to US$60 million would certainly be in the realm of possibility. Damages at the low end of this range would allow the company accelerate growth through drilling or acquisitions, and could re-rate the stock.

PLX is highly undervalued (trades well below its 1P reserves value with the value of the company backstopped by its Mannville producing assets alone) and has a large concentrated land base (over 250 net sections) and deep multi-zoned drilling inventory to fuel growth. Production has recently increased to over 1,000 boe/d with an additional ~200 boe/d expected in Q4/18, from low risk well reactivations. In addition, during the second half of 2018, PLX plans to drill two to three high impact horizontal wells, including an exciting new Banff Oil play that has significant multi-bagger upside for the company as a standalone new play.

Two Potentially Large Banff Oil Opportunities with Big Upside: Based upon the new 3D seismic data and combined with bypassed pay and oil shows in company owned wells, PLX identified two well-defined, Banff oil pools that are on trend with other significant Banff oil pools in the area. Five offsetting Banff pools have large OOIP ranging from 22 to 91 mmbbls of oil, with an average in place resource of 62 mmbbls. Most of the offsetting Banff pools were discovered many years ago and have been exploited primarily with vertical wells, utilizing outdated technology.

Based upon OOIP resource of between 25 to 75 mmbbls, we calculated a mean potential net value of $40.0 million ($0.66/sh) per Banff oil poolwith an upside case of $135 million ($2.24/sh) per Banff oil pool. In Q4/18, PLX plans to utilize the latest proven technology to drill a horizontal well targeting its Banff oil opportunities. The opportunities are located near to the company's Paddle River production facilities, which should allow quick on-stream time. Success would be a significant game-changer for the stock, which trades at the $0.28/share level currently, with investors able to get in today far below management and the company's strategic insiders, which have an average cost base of $0.55/share.

Free Option Upside from its 12,500 net acres in the Duvernay Shale Oil Play: PLX has established ~12,500 acres (~20 net sections) of land within the Duvernay oil shale window. Industry interest in the Duvernay has been heightened by impressive initial oil weighted production tests results from the likes of Artis Exploration (Private), Vesta Energy (Private) and Crescent Point. As a result, land prices continue to escalate in the oil window of the Duvernay. As the Duvernay shale play continues to evolve, we believe that PLX lands holdings provide significant optionality to farmout, swap or even outright sell the acreage. There is no value for the Duvernay oil shale play reflected in the current stock price, which we consider a free options for investors.

Bill Newman is vice president of international and domestic oil and gas research with Mackie Research Capital Corp. He has been an energy analyst for 22 years. He holds a bachelor's degree in commerce from the University of Calgary, and has a CFA designation.