A Raymond James report highlighted the rationale for a positive view on this Texas-based entity. 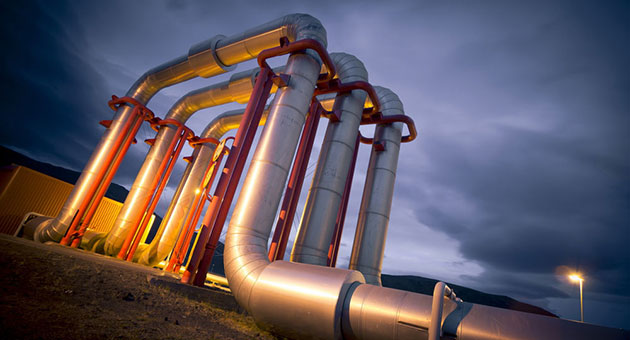 Based on its revised long-term oil deck, Raymond James increased its target price to $30 per share from $29 and reiterated its Strong Buy rating on Kimbell. The current stock price is about $22.36 per share.

Freeman offered several key points about Kimbell. One, its acquisition of Haymaker, which closed in mid-July for $445 million, "dramatically increased the scale of the company." For the combined entity, Raymond James expects annual organic growth of 3–5%, excluding future mergers and acquisitions (M&A).

Two, becoming a C Corp should give Kimbell access to a significantly wider investor base that should result in a "stronger environment to support future equity-financed acquisitions," Freeman noted. The tax status change should go into effect in Q3/18.

Three, Kimbell will most likely continue pursuing M&A, as such activity is a primary value creation strategy for the MLP and opportunities abound. "The minerals market remains fragmented," Freeman pointed out. "There are a number of private equity-backed minerals companies looking for exit opportunities, and a significant amount of assets remain at the sponsorship level available for dropdown."

Along with its acquisition strategy, Raymond James finds the following aspects of the MLP favorable: its mineral interest business model; its low (less than 11%) base decline rates of oil and gas reserves; its lack of true capex and opex requirements; and its significant, or 52%, Permian Basin and Mid-Continent focus.

Also in the research report, Freeman summarized Kimbell's Q2/18 performance, which he described as "relatively in line." Adjusted EBITDA was $7.7 million, which surpassed Raymond James and consensus' estimates of $7.4 million and $7.3 million, respectively. Cash distribution during the quarter was as expected, at $0.43 per share.

Disclosure:
1) Doresa Banning compiled this article for Streetwise Reports LLC and provides services to Streetwise reports as an independent contractor. She or members of her household own securities of the following companies mentioned in the article: None. She or members of her household are paid by the following companies mentioned in this article: None.
2) The following company mentioned in this article is a billboard sponsor of Streetwise Reports: None. Click herefor important disclosures about sponsor fees.
3) Comments and opinions expressed are those of the specific experts and not of Streetwise Reports or its officers. The information provided above is for informational purposes only and is not a recommendation to buy or sell any security.
4) The article does not constitute investment advice. Each reader is encouraged to consult with his or her individual financial professional and any action a reader takes as a result of information presented here is his or her own responsibility. By opening this page, each reader accepts and agrees to Streetwise Reports' terms of use and full legal disclaimer. This article is not a solicitation for investment. Streetwise Reports does not render general or specific investment advice and the information on Streetwise Reports should not be considered a recommendation to buy or sell any security. Streetwise Reports does not endorse or recommend the business, products, services or securities of any company mentioned on Streetwise Reports.
5) From time to time, Streetwise Reports LLC and its directors, officers, employees or members of their families, as well as persons interviewed for articles and interviews on the site, may have a long or short position in securities mentioned. Directors, officers, employees or members of their immediate families are prohibited from making purchases and/or sales of those securities in the open market or otherwise from the time of the interview or the decision to write an article, until one week after the publication of the interview or article.