Germany, Italy and Spain Together Contribute More Than 35% to Refining Capacity in Europe, Says GlobalData

Germany, Italy and Spain are the major contributors in the European crude oil refining industry, as the three countries together account for more than 35% of the active refining capacity among all the countries in the region, according to GlobalData, a leading data and analytics company. 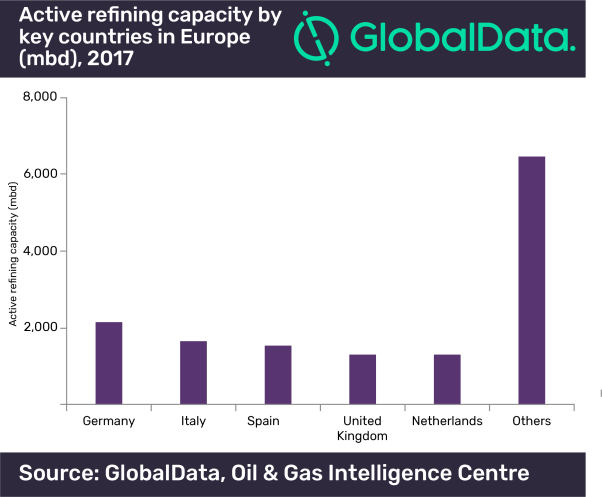 GlobalData identifies Italy as the second highest country in Europe with active refinery capacity of 1,653 mbd in 2017. Melili refinery, a cracking type refinery operated by Lukoil Oil Co, has the highest active refining capacity in the country with 320 mbd. Sarroch and Sannazzaro de Burgondi follow with capacities of 300 mbd and 200 mbd, respectively.

Information based on GlobalData's report: Refining Industry Outlook in Europe to 2022 – Capacity and Capital Expenditure Forecasts with Details of All Operating and Planned Refineries


New service from OilVoice
Trip Shepherd is for companies who need to track their staff in areas of risk.
It's free to use, so we invite you to try it.
GlobalDataRefineryRefining CapacityeuropeGermanyItalySpainCrude oil