Bob Moriarty of 321 Energy takes a look at what positive drill results in the Orogrande Basin in West Texas mean for the company. 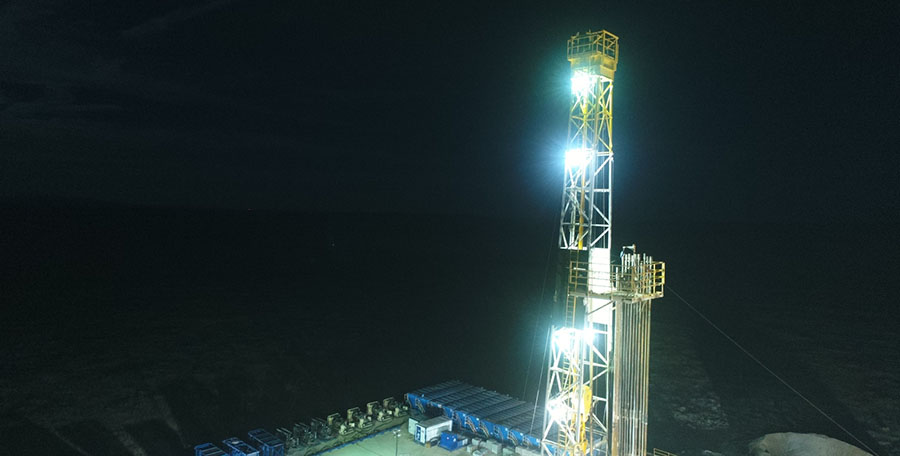 Long patient shareholders of Torchlight Energy Resources Inc. (TRCH:NASDAQ) must have felt like it was a combination of Christmas and their birthday last week when the company finally announced positive drill results from a new and untested oil basin in far West Texas. In baseball terms the announcement would be called a home run out of the park with the bases loaded.

The Orogrande Basin project has been a work in progress since August of 2015. Back then the price of oil was collapsing to an eventual low of $26 a barrel in February of 2016. But the best deals are found at the bottom when even angels fear to tread and don't even think about investing. Torchlight Energy signed a deal with the University of Texas on the 172,000-acre Orogrande Basin in September of 2014.

The Orogrande Basin is the baby of oil expert Richard Masterson, discoverer on the Wolfbone shale play in the Delaware Basin in West Texas. After last week's results, he has a new trophy to plant on his mantelpiece with confirmation of the potential of the Orogrande Basin located in far West Texas.

It's been common knowledge for many years that the district has petroleum potential and a number of vertical wells have been drilled for test purposes. It took the brilliance of Rich Masterson and the good business sense of Torchlight to bring the potential of the field into the practical as experience grew in development of unconventional oil fields and the use of fracking in horizontal laterals.

Giant resource projects cause big problems because they eat money. It's not enough to have what might be as little as an interesting theory; you also have to have the money to develop it. Torchlight entered into an agreement with Founders Oil and Gas three years ago where Founders would invest up to $50 million into development of the basin. That agreement didn't work out the way the partners wanted so in November of last year, Torchlight announced reworking the deal.

It took financing and some time to get the project back on track and in January of 2018 Torchlight drilled the Founders A25 well in the Orogrande to a vertical total depth of 5,500 feet. At that point all Torchlight had accomplished was to drill a vertical well identical in nature to the half dozen or so test wells drilled over the years.

The real issue was going to be actual oil and gas production from a horizontal lateral and fracking. Torchlight isn't interested in production wells right now until they put together enough data about costs and flow to understand the nature of the beast they are riding. So the plan was to put in a short 1,000-foot horizontal lateral instead of the 10,000 to 20,000 foot laterals in major development wells. That leg was completed in February.

In the resource business, no news is almost always bad news. Companies announce exciting results coming "SOON" and when the actual results don't meet the company expectations they most often sit on the news in the futile hope that investors forget what has been promised. And I know from my emails that investors began to feel that waiting for an announcement of the results of the lateral leg were about as exciting as watching paint dry as time went by with no follow-up on results.

In defense of Torchlight, they probably had a pretty good idea of the results back in May. There was however the sticky situation of coming to a final agreement to the divorce between Torchlight and Founders. An agreement was made and last week the brilliant results were announced to the world and the long patient shareholders.

Initial production from the University Founders A25 #1 well produced a 1.8 MMCFPD flow based on hourly gas measurements. That would translate to about a 300 BOE when the well completes the liquid removal from the lower four stages which show significant oil potential. Currently the well is shut in pending delivery and installation of special gas lifting equipment that is expected to unload the wellbore and increase oil production recovery.

That rate of flow suggests that with a more normal 10,000-foot lateral in the same Pennsylvania formation will flow at a 3,000 BOEPD rate. A similar well with a 5,500 vertical and 10,000 foot horizontal will cost in the range of $8-$10 million. Using a metric of $40,000 per flowing BOEPD, a 3,000 BOEPD well would be worth $120 million in net present value. For certain that is a home run out of the park. If multiple wells are done at the same time the cost of drilling and completion will come down.

Considering only the Pennsylvania formation using 10,000-foot horizontal laterals Torchlight has 1,150 potential drill locations. But when you have one large zone, the odds favor more similar in nature zones that have the potential for hundreds to thousands of more drill locations.

Torchlight has rights to 72.5% of the field and the drill locations. In the Permian basin similar undeveloped unconventional drill locations are valued at between $1 and $2 million apiece. The Orogrande Basin compares favorably to the Permian Basin located 200 miles to the east with better than average permeability and porosity and higher reservoir pressure gradient. All of which is very good.

Rich Masterson deserves all the credit in the world for his discovery of a new exciting petroleum basin in West Texas. Torchlight is perfectly positioned to reap the rewards from a commanding land position in this new field discovery. I would be very surprised if Torchlight didn't enter into a joint venture with a much larger partner with deep pockets to monetize the field.

Torchlight is an advertiser. I have owned shares for over three years. Naturally I am biased. Do your own due diligence.