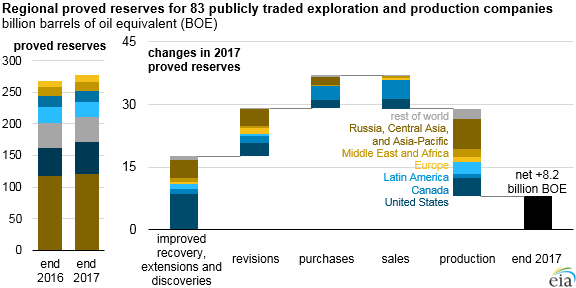 In 2017, a group of the world's largest publicly traded oil and natural gas producers added more hydrocarbons to their resource base than in any year since 2013, according to the annual reports of 83 exploration and production companies. Collectively, these companies added a net 8.2 billion barrels of oil equivalent (BOE) to their proved reserves during 2017, which totaled 277 billion BOE at the end of the year. Exploration and development (E&D) spending in 2017 increased 11% from 2016 levels but remained 47% lower than 2013 levels.

Of the 83 companies, 18 held more than 80% of the 277 billion BOE in proved reserves at the end of 2017. Although many of these companies have global operations, some are national oil companies with reserves concentrated in their home countries, including Russia, China, and Brazil. Proved reserves change from year to year because of revisions to existing reserves, extensions and discoveries of new resources, purchases and sales of proved reserves, and production. 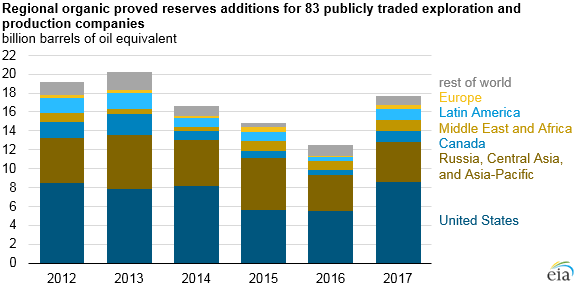 Global E&D spending by region was similarly distributed. Of the $285 billion companies spent on E&D in 2017, 33% ($95 billion) was in the United States, with the Russia, Central Asia, and Asia-Pacific region accounting for 30% ($85 billion) and all other regions each accounting for 10% or less. Changes in nominal year-over-year E&D spending varied across regions, increasing by 36% in the United States and by 15% each in Canada and the Russia, Central Asia, and Asia-Pacific region. Spending declined by 24% in Europe, 16% in the Middle East and Africa, and 15% in Latin America. 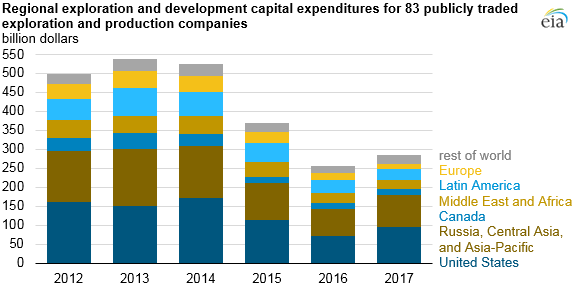 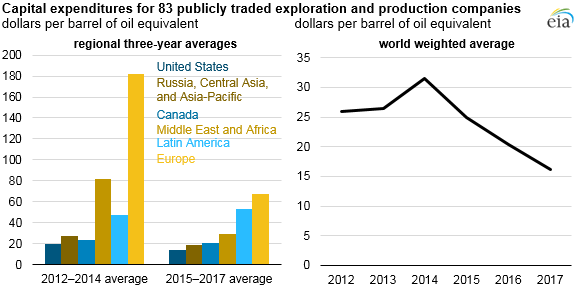 First-quarter 2018 capital expenditures for this set of companies were 16% higher than in first-quarter 2017, suggesting that many of these companies have increased their E&D budgets, which will likely contribute to further organic proved reserves additions in 2018.

Enlarging the pool of talents

Oceans of Opportunity to be explored at Subsea Expo 2021