With the price of oil continuing to rise, technical analyst Clive Maund charts a company that he believes is in position to benefit.

Molori Energy Inc. (MOL:TSX.V; MOLOF:OTCQB) retreated a little further than we expected when we bought it back early in March at C$0.28, as it dropped back to a low at C$0.25, but, as they say, nothing is broken, and now, with it at the same price we bought it at then, it continues to be rated a strong buy here, and it looks even more attractive as oil is continuing to advance, which is believed to be due to the increasing shortfall resulting from Venezuela becoming defunct.

On the 3-year chart is continues to look like a large Cup & Handle base is completing in Molori, with the further dip of recent weeks making the lower boundary of the Handle of the pattern more horizontal. As we can see there is strong support down to about C$0.23, and a number of factors make it highly unlikely that this support will fail—on the contrary it should turn up and advance from here. 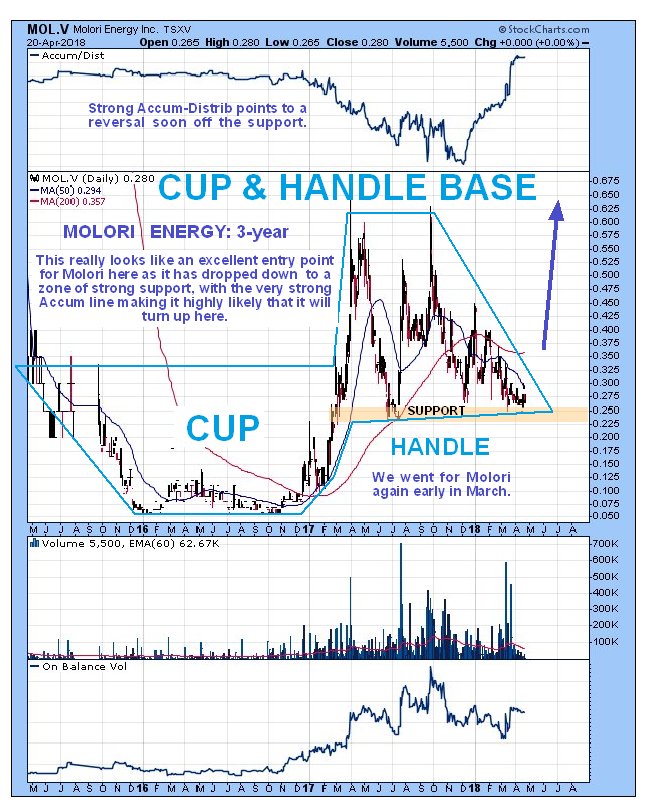 On the 6-month chart we can see the various reasons why Molori should advance from here. The first reason (not on this chart) is sector strength—the XOI oil index made new highs last week. The second is that it is oversold relative to its moving averages. The third is that its momentum trend (MACD) has turned higher, but by far the biggest reason is the bullish volume pattern that has driven the Accumulation line to new highs despite the price dropping so far this year. This is an indication that most of the volume by far is to the upside, which is bullish. 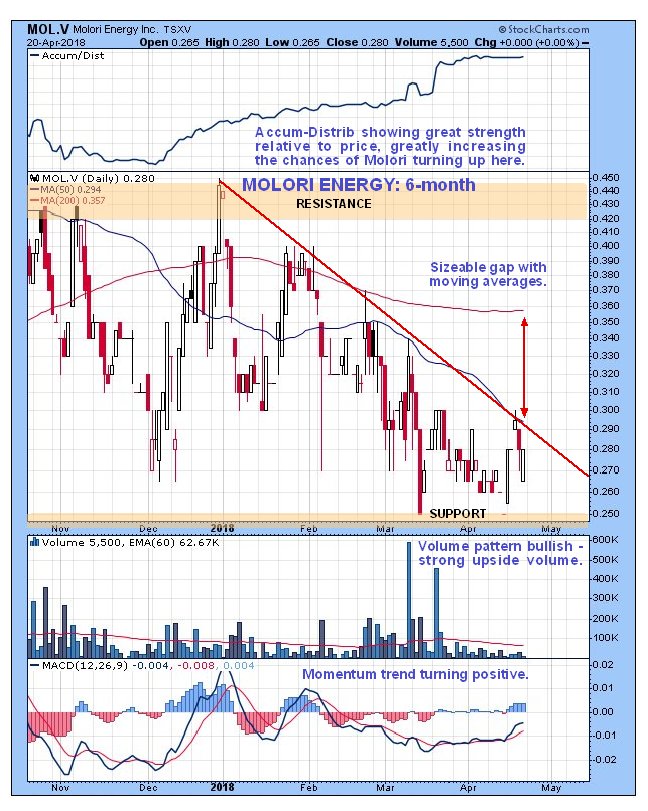 It is worth referring back to the March article to view the 12-year chart and see the very bullish looking Cup & Handle base forming at a low level in the context of prior price action, which saw it trading at much higher levels.