The U.S. is an Active Participant in Petroleum Markets as Both an Importer and Exporter 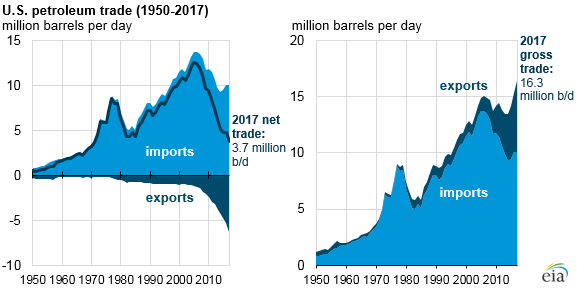 Most of the reduction in imports was light, sweet crude oil, as those barrels were replaced by domestic production of a similar quality. Crude oil exports have also increased as U.S. production rose.

Total petroleum product exports averaged a record of 5.2 million b/d in 2017. Distillate and gasoline exports have increased, particularly to countries in the Western Hemisphere. Propane exports have also increased, much of it being sent to Asian markets.