By Some Measures, U.S. Natural Gas Production Set a Record in 2017 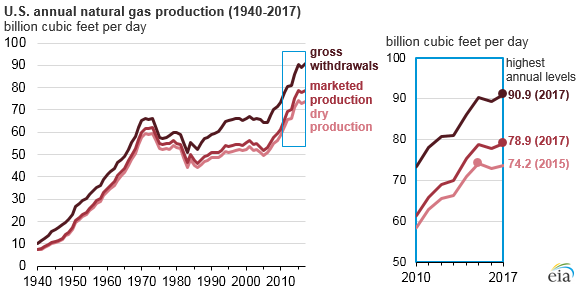 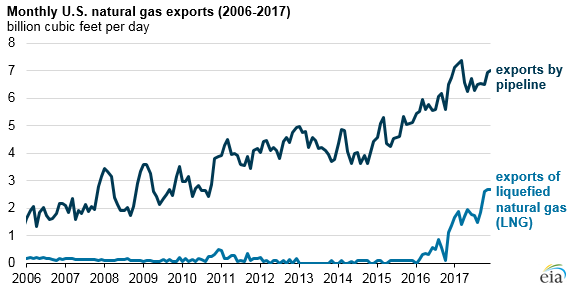 Louisiana saw the largest total volumetric gain in gross withdrawals in 2017, increasing to 5.8 Bcf/d, up from the state's 2016 production of 4.8 Bcf/d. Economic and technological advancements and increased drilling have resulted in growth in natural gas production from Louisiana's Haynesville play.